In an absolutely unprecedented move Blizzard-a U.S. based business-appeased a foreign government and censored peoples participating in the company.

An American company should never censor its users and Blizzard doing so is a sorry sign of the times.

The issue began during an international competition for the video game “Hearthstone”-owned by Blizzard- when a player named Blitzchung held up a sign in support of the Hong Kong protests.

While on live stream Blitzchung wore a gas mask on his face and held up a paper sign that read “Liberate Hong Kong” in marker.

Blizzard subsequently cut his earnings, stripped him of his title, and banned him from the game.

The company cited its user policy which bans speech that “may be offensive” to a specific group.

It is important to note that Blizzard is partially owned by Chinese company Take-Two entertainment.

This was just the first in a wave of censorship actions taken against the American people by companies with Chinese interests.

The Houston Rockets had to issue apologies, people are getting thrown out of NBA games for holding signs supporting Hong Kong and multiple online protestors have been punished.

This is unacceptable behavior for an American company or even an international one. Free speech is the corner stone of American democracy and it must be protected despite financial interests.

What does it say about the state of American ideals when companies will exchange fundamental freedoms for favorable treatment from a foreign nation?

It reveals that our true motives and intentions aren’t to freedoms, people, or human rights but to acquire more money.

What will it take for the American public to wake up to the abhorrent human rights abuses of China?

How many organs have to be taken from political prisoners before people get their goods from somewhere else?
How many protestors have to be beaten in the street before the NBA stops caring about losing viewership in China?

Americans should take a stand against this type of unconstitutional censorship the same way Blizzards own employees did-walk out on them.

Americans have two paths either hamper Blizzards ability to make games or inhibit their ability to sell games.

We can do this by acting exactly how Blizzard wanted to discourage-by speaking up, by demanding change and respect, by voting with our dollar, and exercising our rights.

Gamers have begun to protest and boycott Blizzard and that may be the only way to hold the company accountable for its actions.

Blizzard only responded after the companies’ stock dropped 2.0% in response to the banning event.

Unfortunately for Blizzard the loss follows a much larger 35% decrease in June of last year.

Clearly the only thing Blizzard cares about is money. So, let’s hit them where it hurts-their wallet.

Don’t distract yourself by comparing life with others

Is there not enough to keep us all distracted already?  We’re forced to keep pace with a never endin
Read More
02/17/2015

Not all high schools prepare students for college 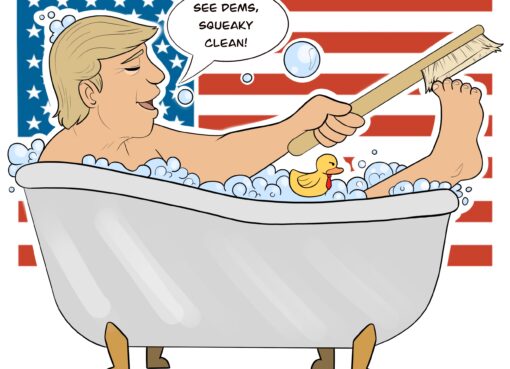 Through a gross demonstration of partisan politics, the United States congress voted to impeach, but
Read More