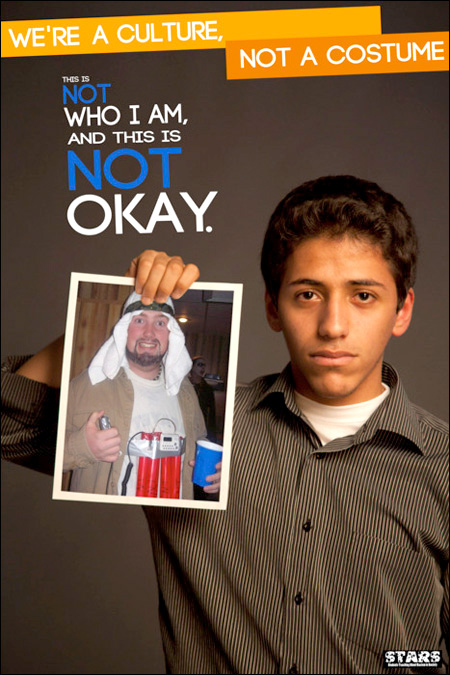 Every year during October one can expect to see new costumes sold online and in stores.  Costume stores such as Party City and Spirits Halloween flood their shelves with the newest costumes to keep up with current trends such as superheroes or even politicians.  When most people think of a “controversial” costume, they typically think of a hot nurse or sexy police officer.  Many find these costumes humorous, while others find some of these costumes in poor taste. Defining when it is too far and when it is just pushing the boundaries can be difficult.

Back in 2013, a group of students attending Ohio State University started a group called S.T.A.R.S (Students Teaching About Racism in Society) with a focus on raising awareness about social justice and promoting racial harmony.  That year, the group released a campaign in time for Halloween known as “We’re a Culture not a Costume” in an effort to teach about racism in society since there had been an increase of culture costumes such as terrorists, or going black face.  This year two new costumes are the talk of America.  These costumes are touching on subjects that are very near and dear to people’s sentiments such as the “Cecil the Lion Killer Dentist.”  The costume comes with a doctor’s jacket splattered with fake blood and a severed lion’s head. 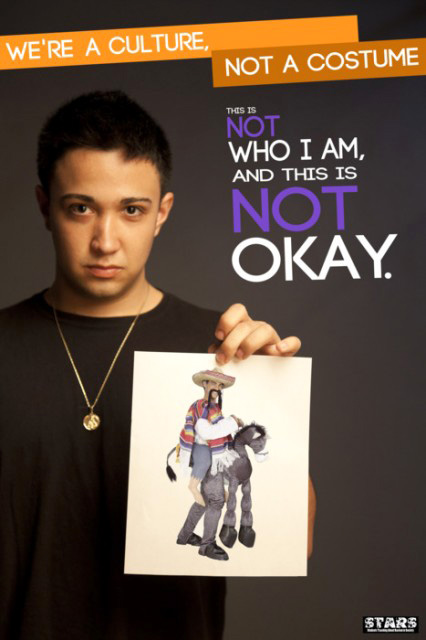 Costume stores like Costumeish had to raise the price of their costume from $59.99 to $139.99 due to overwhelming popular demand.  This costume has caused much controversy within the public. Many call it “sick and disgusting” and wonder why people make fun of a topic that broke millions of hearts.  Another costume causing major controversy with the LBGTQ community is the Caitlyn Jenner costume, based on her Vanity Fair cover.  Change.org member Addison Vincent created a petition to get this costume pulled from store shelves and commented, “Do not turn Caitlyn Jenner into a costume. Your profit will only lead to greater transphobia and marginalization of an already at-risk community.” Another signer had this to say about the costume, “I’m signing because this costume mocks the validity of a transgender’s identity, implying a man wearing a dress is the same as a person dressing to their comfort and identity.”

When asked if she carried these costumes, owner and operator of Groovy Ghoulies Costumes Denise Horn commented, “No, we do not carry either of these costumes. When we received a catalogue with the option to buy these particular costumes, myself and my employees agreed that it was in poor taste to sell a costume that is solely manufactured to belittle any member of society.”  Horn also added, “I feel that if an individual wants to piece together a costume that is derogatory in nature, they will find a way to do it whether it comes prepackaged or not. But every business owner has to decide for themselves if they are going to purposely endorse that type of behavior. I understand that what’s happening in society is going to influence the kinds of costumes that people are going to choose, but I don’t believe that it needs to be done in a disparaging way.”