October is Domestic Violence Awareness Month, and with the high profile spousal abuse cases in the news recently, there has been much discussion and debate about this societal problem.

“Domestic violence awareness serves as a public reminder of the severity of the problem and its implications, said Black. “It is an opportunity for media exposure, training and education so we as a society, can respond to domestic violence more effectively and recognize its severity as a social problem.”

“In most cases, emotional and psychological abuse actually occurs more often and can have a more long lasting impact on the victim,” Black said.

“Just like abusers, victims can be anyone, it does not discriminate,” Black said. “Teens, the elderly and everyone in-between can be a victim.”

After video was released of Baltimore Ravens football player Ray Rice beating his then fiancé in an elevator, many people questioned the victim’s decision to stay in the relationship.

“There is a prevalent and false belief in society that domestic violence will stop if the victim would just leave; this is not true.  In fact, when the victim leaves, homicide risk increases,” Black said.

According to Black, “victim blaming,” is common when there is public knowledge of a domestic violence case.

“Instead of focusing on what the victim should or shouldn’t do, we need to ask why the abuser continues to harm their partner,” Black said. “While the victim’s reactions and responses may be confusing to some, accountability needs to fall on the abuser.”

Although domestic violence calls and incidents are all too common, the media rarely reports it, Black said.

“What maddens me the most were the actions not taken by the NFL, until after the video was made public,” said Sarah Jimenez Guthrie, MCC justice studies major. “Domestic violence should always call for termination of any position regardless of the incident being public knowledge or not.”

Guthrie said she believes Domestic Violence Awareness Month is important because it gives a voice to survivors and victims’ currently suffering from domestic violence.

“It is essential that education is provided to people, especially teenagers as to what domestic violence is so they can not only identify early on if they are becoming part of an abusive relationship, but to also be educated on how not become an abuser,” Guthrie said.

Although, Guthrie did not attend the MCC peace rally on Oct. 6, she said she would like to attend one in the future.

“I was in a physically abusive relationship for a year and a half and I understand the effects it can have on every aspect of someone’s life.” Guthrie said.

Black said that reaching out for help and support is a victim’s first step in protecting themselves.

“Leaving is not easy and comes with many safety risks.  Victims should connect with a support service so they know what their options are,” Black said.

Correction: In an earlier version, we misquoted Bonnie Black by saying Domestic Violence is about anger and control. It should have read “power and control.” 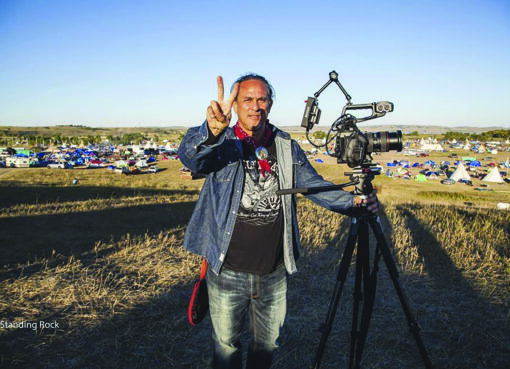 A Life in Pictures