The council’s primary focus is Ebola, but the council members are looking to expand their scope.

“As governor, the health and safety of Arizona citizens is my greatest responsibility and priority,” Brewer said. “If a case does arise in Arizona, we are well-equipped to address, control and ultimately eliminate its occurrence.”

Director of Arizona’s Department of Health Services, Will Humble, is one of the experts on the council.

The DHS is “the major player in terms of state government for preparing for an Ebola case,” Humble said.

The Council on Infectious Disease Preparedness and Response is named vaguely on purpose, Humble said, so as to cover a wide range of diseases, from Ebola to enterovirus.

“What we want to do with the council is to keep the momentum going around a host of infectious diseases,” Humble said.

The council formed several subcommittees, according to Humble. One subcommittee is devoted to developing a plan of treating an Ebola patient, should the state have one. Their first priority is to identify a hospital – or multiple hospitals – which would take over the treatment of Ebola patients.

One of the council members is Dr. Shaun Anand, medical director of the Banner Health Network.

Banner Health has hospitals across the Valley, from the Banner Desert Medical Center on Southern Avenue and Dobson Road, to Banner Baywood on Power Road and Baywood Avenue.

“We’ll be working on developing more, and different strategies for educating the clinician workforce in Arizona about case identification, how to identify an Ebola case, what’s not an Ebola case,” Humble said.

The council must deliver a report to the governor on Dec. 1, which the council expects to use as a means to keep the council going, Humble said. If the council keeps going, he said, the council’s scope would be broadened to diseases such as influenza, enterovirus, and more.

The short-term goals of the council are to identify a designated Ebola treatment hospital, and an emergency medical service transport for potential Ebola patients, according to Humble.

The long-term goals are to explore the ways the council can help the public health and clinical care systems to improve awareness for diseases such as influenza and enterovirus.

Though Ebola has not manifested itself in Arizona, enterovirus has, and it has been met with mixed emotions.

The main thing the country can do to combat the diseases is to “Control the coming and going of international flights,” Astronomo said.

“In terms of Ebola, I think we’re much better prepared than we were a month or so ago,” Humble said.

“One big improvement was that this week we started getting a list from Customs and Border Protection, along with CDC, of anybody who has a travel history to those three countries – whose flight itinerary started in either Liberia, Guinea, or Sierra Leone,” Humble said.

The county health departments are working with those who have returned from any of those three countries and are monitoring for symptom development, Humble said. 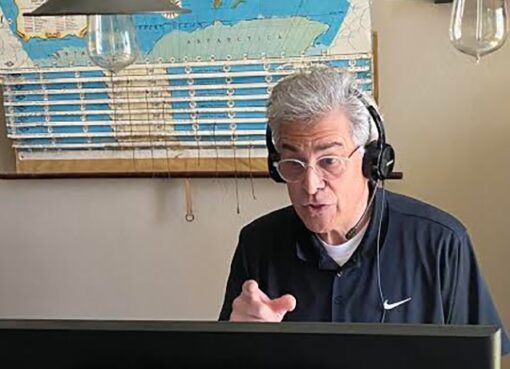 All the home’s a stage for MCC Theatre Department

The MCC Theatre Department has faced unique challenges without their stage.
Read More