It seems that Jordan Zimmerman was born to be a baseball player. He got an early start, has been playing ball since he was 4, and began taking the sport seriously since he graduated high school with always one goal in mind, “Becoming a professional baseball player.” It’s apparent that he’s now headed towards his goal.  With Jordan’s scoring, discipline, and the supportive words from his coaches and team managers, Zimmerman’s dream is sure to come true.  “I would call myself competitive because competition drives all people to achieve more.” He stated in response to the question if he thought he was competitive. “He excels at any level he gets to.” Says Chris Goodell, the general manager of the Lacrosse Loggers, the Wisconsin collegiate summer baseball team.  “His work ethic is unparalleled. We had won a late game and he just was not hitting the way he wanted to. Not that he wasn’t hitting well, it just wasn’t up to his standards.We were done at 9:30 after after autographs ready to lock down the doors and at 11:30 we found Jordan practicing and hitting balls in the batting cage. This is after a full day of baseball!” 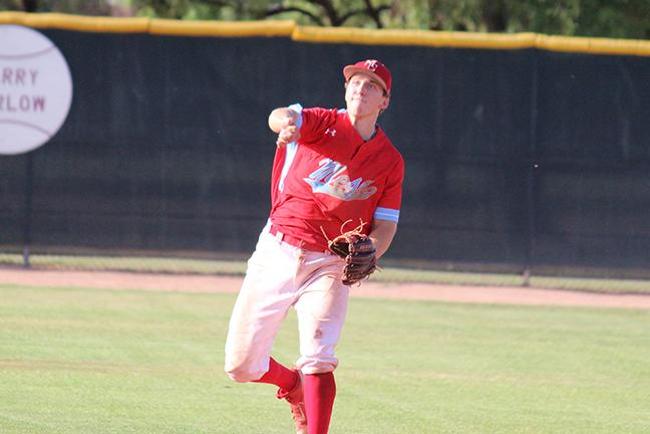 During his summer playing with the Loggers, Jordan had a hitting average of 296 and a .323 average. He was an All Star. Always top five in every category, second in home runs, and second in the NWL league for all around excellence.  “He’s got a huge future ahead of him,” Chris adds with pride.  Playing for the Northwoods League Loggers is a big deal.
They have an extremely dedicated practice schedule, going out on the field every day and are ranked the second best collegiate summer baseball league in the entire country. Ranked number one is Cape Cod in Massachusetts, which Jordan is committed to for next summer.

Currently, Jordan is swinging the bat with a baseball scholarship at Michigan State, enjoying the experience and the fall weather which is a nice change from the heat of Arizona. “During my time at Mesa I developed a lot of true friendships that can never be replaced and I just really miss our teammate family.”He still has a hard work ethic, training every day except for Sundays.  When asked where he sees himself in five years, “In five years I see myself in the first couple of years in the Major League.”  With a goal to make it to the “show” and have a professional career as well as his hard work and support from those he plays for, it is easy to expect to see this happen.

By: Ryan Scott At  MCC, or really any college for that matter, there is a strong emphasis on marquee
Read More