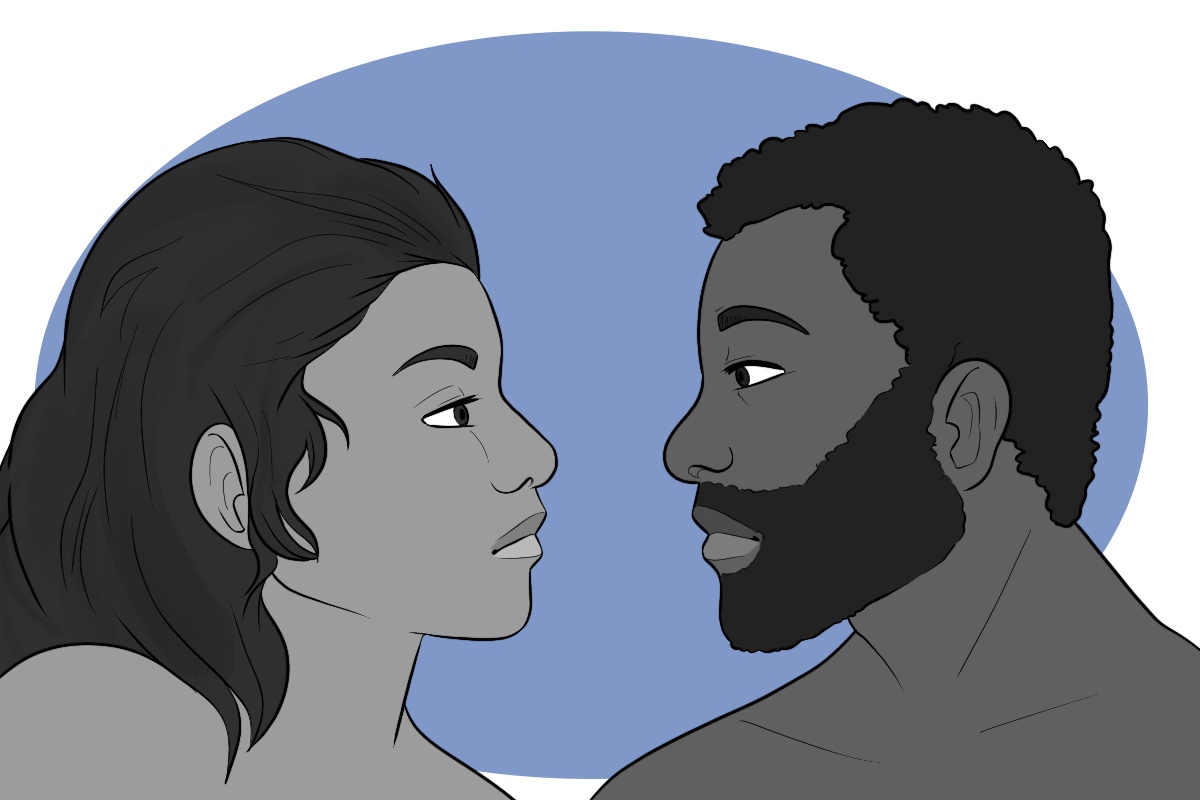 Zendaya and John David Washington might have overperformed, but their chemistry grounded their arguments in reality. (Illustration by Casper Savoie)

Netflix’s “Malcolm and Marie” is a character study starring Zendaya and John David Washington in a modern version of “Who’s Afraid of Virginia Woolf.” With only the two actors, it focuses on a big night for Malcolm that leads to a never-ending fight and test for their relationship.

The film starts off with the couple coming home from Malcolm’s movie premiere. He just directed a movie that could be his big break. Tired, hungry, and angry, Marie makes him Kraft Mac and Cheese. When the fighting begins, we learn that Malcolm forgot to thank Marie in his speech.

As the pair verbally duel, they anecdotally retell the night’s events. Just as it seems to fizzle out, Malcolm sees the female critic he had spoken to earlier posted her review of his movie. Despite the rave review, Malcolm goes off on this wild tangent of how his movie about a girl addicted to drugs was not meant to be a political, but just a regular old movie like the legendary director William Wyler, a white man, used to make.

Just as fast as it stopped, the two continue into their brutal, oftentimes emotionally abusive fighting that always ends up going too far. We learn more things about their relationship. Marie was formerly addicted, with many similarities to the main character in Malcolm’s new movie. She feels under appreciated by him and wishes he just would listen to her and say thank you.

This film is different from ordinary films about tortured couples, with the only set being the house they are living in. The only thing the audience is left to do is focus on both of them. It’s a loud movie; not because of the fighting, but because of their emotions. They display the layers of their characters.

Zendaya and Washington overperformed in some moments, but overall had powerful chemistry that made those intense arguing scenes seem more grounded in their reality. Making it just them, in the one set for the whole movie–and in black and white–all brilliantly gave the audience one thing and one thing only to care about and pay attention to Malcolm and Marie.

Even the music was used to explore the relationship and express their deeper thoughts. Some songs specifically lyrically fit the story, and it was almost like another voice in their dialogue.