On Sept. 1, MCC’s men’s soccer team defeated GateWay Community College in a 2-0 shutout. Immediately after receiving an offside penalty at the 5 minute mark, MCC bounced back with an early goal against Gateway by midfielder Brian Perea.

Tensions ran high as Gateway struggled to reclaim the scoreboard. After a foul on Gateway, a second goal, scored by MCC striker Andres Elizalde and assisted by MCC midfielder Benjamin Delgadillo came swiftly afterwards before 9 minutes had passed. Thus began a series of fouls on both teams as they vied for control of the match.

After a bitter exchange of shots and subsequent saves but with no additional scoring, the two teams ended the first half of the game. Despite a valiant effort by GateWay, MCC’s defense effectively preserved their lead for the rest of the game. 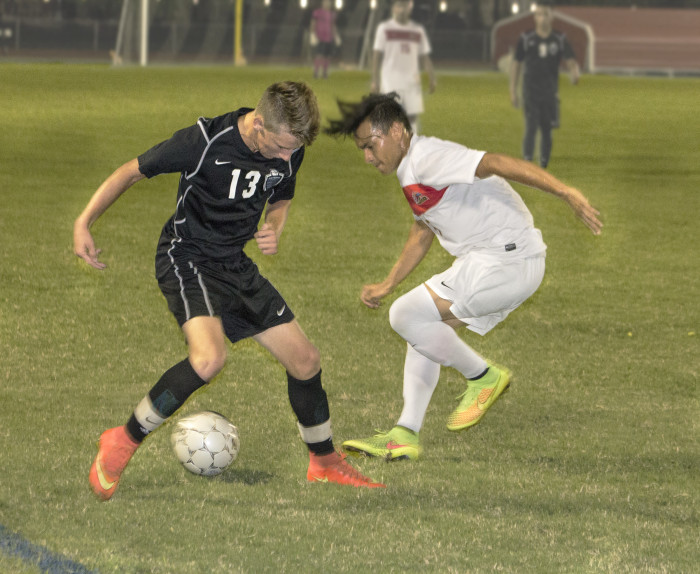 Emilo Alcarez Mesa Legend Netflix and Marvel Studios have accepted the challenge of presenting a diverse roster of characters in their television universe, with the presentation of African-American he
Read More

Kian Hagerman Mesa Legend MCC women’s soccer has attempted to right the ship following a string of poor performances, only to have their game on Oct. 6 against Scottsdale end in a tie.  This was just
Read More

Kian Hagerman Mesa Legend MCC athletics will be competing in a wide variety of sports this fall semester. Though some have already begun playing against other schools, other sports will start in upcom
Read More