Mesa Community College (MCC) is the only two-year college in the Maricopa county to have an online sports store. This idea was a collaboration between Director of Athletics, John Mulhern and Wayne Block, Coordinator of Athletic Marketing and Public Relations and Director of the Booster Club.

For three years, this online site has sold a range of items. Customers can buy mugs, drink cozies, dog toys, hats, apparel and much more. “This is done by a company out of Dallas called Advanced Online, used to be AOL,” Block said. “And they have everything, bags, shirts, everything you can think of basically.” The site holds the same inventory for colleges but customizes the merchandise specifically for MCC. “They do all the work, doesn’t cost us one penny,” Block said.

Block and Mulhern contacted three different sites before finding Advanced Online who stated they only worked with four year colleges and refused to work with small colleges. Advanced Online works with over a hundred colleges to customize sportswear. They customize colors and logos to those of the specific colleges. Online shoppers are able to customize by themselves too, as easily as a customer would shopping on Amazon. Customers can choose the size, shirt type, field number and even add in their name or stick with their favorite player. Luckily, Advanced Online changed their mind about not working with a small college. “While [Wayne Block] was doing his research,” Mulhern said. “E-Follett bookstore, our bookstore, bought that company. So, then this online opportunity was kind of handed to us.”

The company keeps the same inventory, except for special occasions. “We once had a series of shirts, T-shirts, one was for Women’s Golf because they had won ten or twelve regionals in a row and then we did a special shirt when the football team won the Valley of the Sun Bowl.” Block said.

MCC gets a small percentage of the sales. Whatever royalties are made go to the MCC foundation account for the athletic department. “But, that wasn’t the idea, to make a lot of money.” Block said. “It was more of the idea to have it all available to the fans, the parents, the alumni, whoever.”

Students can visit the site at mesatbirdssportsteamshop.merchorders.com. 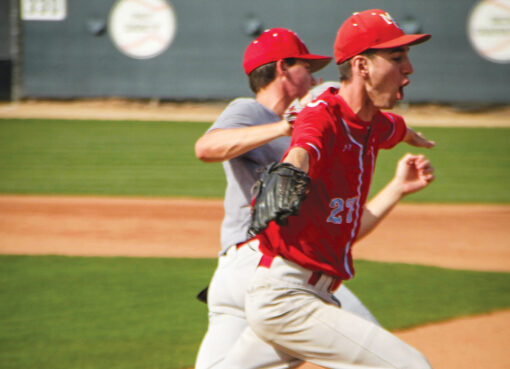 Second best in the nation