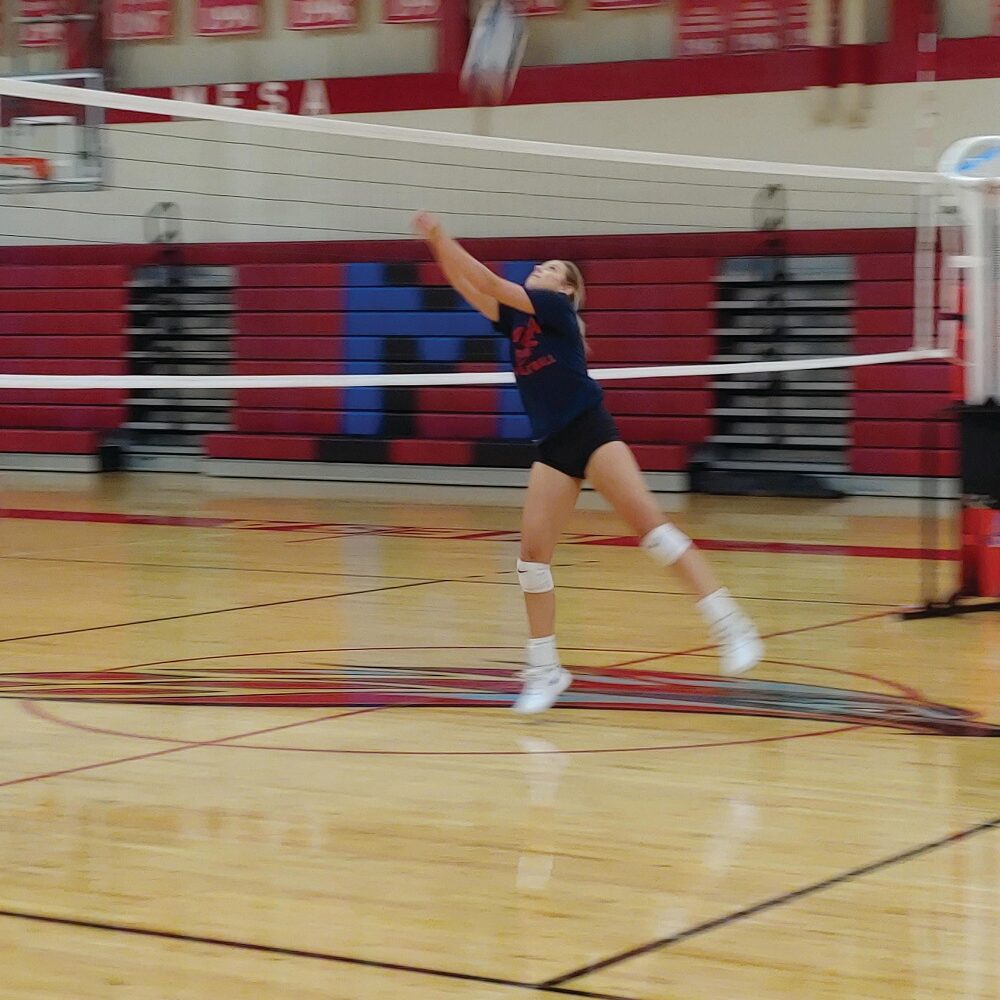 Kennadee Coplen has been playing volleyball since eight years old.

At first she wasn’t as skilled as she is now. “Starting out was kind of rough,” Coplen said. “I would say around fifth grade is when I was like ‘Yeah, I really want to play this for as long as I can.’.’”

She played volleyball through elementary school and middle school and eventually made it into her Queen Creek High School’s varsity team. Now she’s the setter on the Mesa Community College Women’s Volleyball team. Coplen loves being setter because it’s “like being the quarterback.”

Women’s Volleyball coach Megan Taylor has been advocating for Coplen since she recruited her. Coplen wanted to continue playing volleyball into college, but her grades didn’t make the cut for university. Her club coach reached out to Mesa Community College and Taylor saw her talent.

Coplen plans to continue playing in a four-year university. She’d also like to try beach volleyball because of the differences between them. But in the end, “I’d probably like indoor more,” Coplen said.

Watch Kennadee Coplen and the rest of the Women’s Volleyball team this season until Nov. 1. Their schedule, as well as all other Mesa Community College sports schedules can be found on page 13 in the MesaCC Legend and online at www.mesatbirdsports.com

Men’s basketball falls in first round of championship tournament