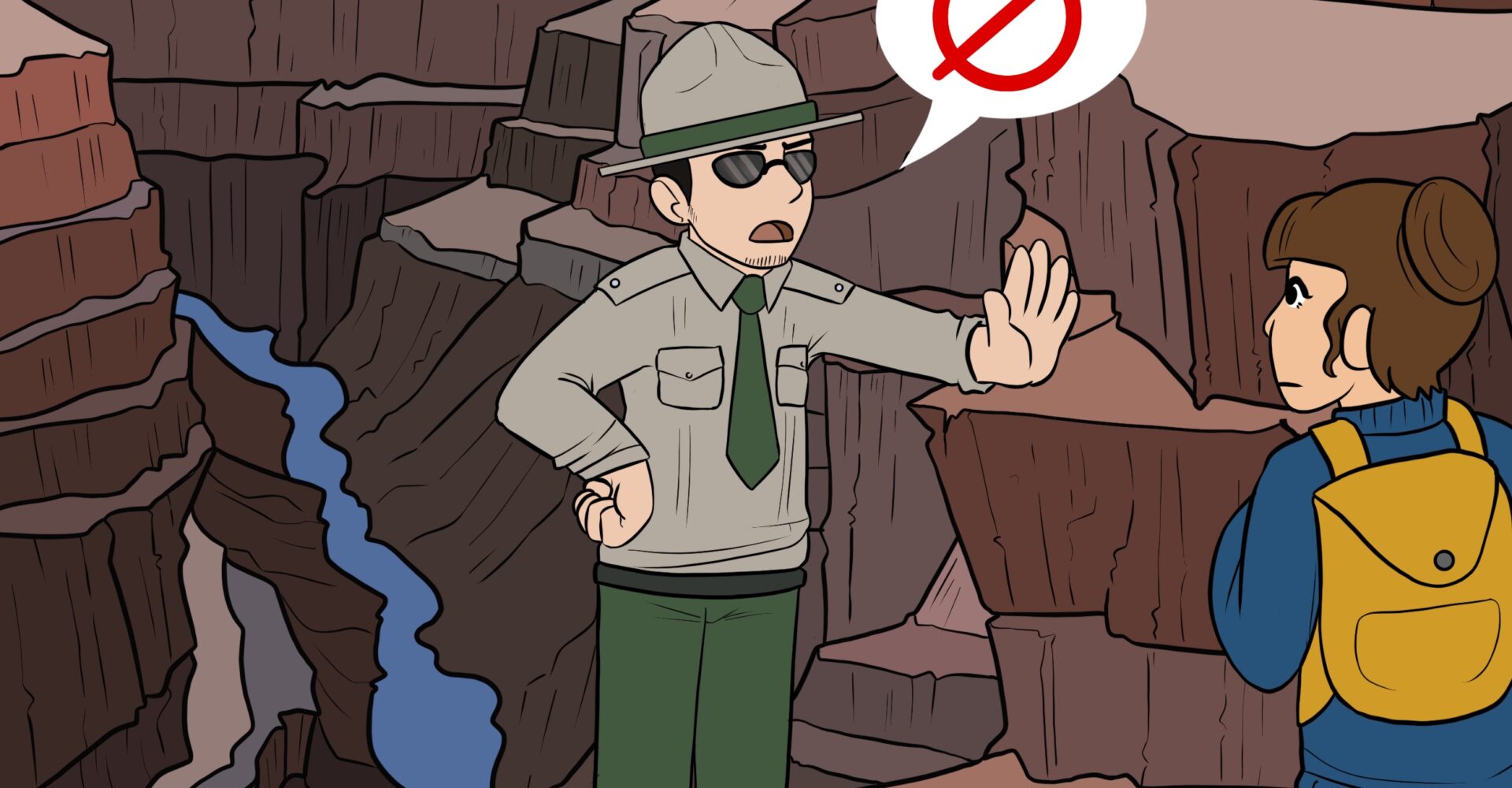 The Southwestern writer Edward Abbey proposed in his book “Desert Solitaire” an idea of limiting highways into national parks and making the worthwhile spots of nature only accessible to those who are willing to make the trek. The concept should be heavily considered for conservation as national parks attract more visitors every year.

Arizona undoubtedly has magnificent scenery and the best sunsets anywhere in the Southwest. It’s even greater to watch those sunsets from the rim of the Grand Canyon. But to enjoy that scenery and beauty, you have to fight your way through thousands of tourists utilizing an infrastructure built to sustain a much smaller number.

Grand Canyon had 6.3 million visitors in 2018, and Grand Canyon’s tourism industry has a huge economic impact on Arizona’s economy. The National Park Service (NPS) reported in 2018 that visitors spent $947 million near the park, which added $1.2 billion to the local economy. However, along the South Rim of the canyon, it’s massively apparent park visitors take a toll on the canyon’s environment.

Take a step outside Bright Angel Lodge to gaze into the canyon, and you will notice an unholy amount of lost hats and a confetti of food wrappers clinging to the canyon walls. Did you know the squirrels have the plague? Really. The popular overlooks are slowly becoming landfills of tourist garbage too dangerous to clean because of steep canyon walls.

The canyon can be dangerous for the unprepared. Every year, park rangers have to rescue people from their own incompetence. There are always visitors attempting to hike rocky, rugged trails in flip-flops with no water; in the most recent NPS report, there were 20 fatalities in the park and over 1,000 emergency medical instances in 2017. Emergency situations not only affect visitors but also the rangers who have to execute dangerous rescues with infinite precarious variables.

The impact on the Grand Canyon is appalling. As a conservationist and environmentalist, seeing it degrade due to human activity is sad. Visitor restrictions must be put in place to protect a key asset of Arizona for future generations. To combat exponential degradation, higher fines than what already exists should be implemented for littering and endangering yourself or others. Mining bids are an ever-present threat to the natural beauty of the canyon and to locals who utilize it for recreation and ceremonial purposes.

This February is the Grand Canyon’s 101st birthday, so enjoy, support, and respect the park. I’ll always remember the saying, “take nothing but pictures, leave nothing but footprints.”

Getting active starts with compassion for others

By: Kristina Haney Everyone is fighting some sort of battle within themselves. Even if it is a bad t
Read More
02/01/2016

What do you think about Valentin’s Day?