Recent changes to the states sexual education curriculum have re-ignited an old debate amongst Arizonans but has given it a new sense of hate.

Arizona sex-ed has a number of regulations but the most recently debated regulation was the requirement that sex-ed programs, “Promote honor and respect fire for monogamous heterosexual marriage.”

The requirement was repealed but was contested by legislatures and community members.

I can’t help but feel as if the decision by some schools and districts, such as those in Cave Creek, to teach kids the phrases homosexual, bisexual and heterosexual affected the re-ignition of this debate.

The sex-ed curriculum has remained relatively unchanged since my childhood and the education I received was in no way about “Sexualizing children” as house speaker Rusty Bowers suggests.

Teaching a teenager about their sexuality is far from sexualizing a child because it is in a teenager’s nature to be sexual.

Puberty can be confusing, terrifying, and complicated but sexual education does not create these conditions.

Instead, sex-ed allows these issues to be dealt with in the open rather than in the shadows.

A sex education program that address more topics and more peoples is better for the overall sexual health of our nation.

Bowers also said of sex ed, “I don’t have any question it’s about radicalizing children and their sexuality.”

“Radicalizing” is an interesting word to use to describe new curriculums that may be updated to address the internet and the affects it has on developing children.

Radicalizing seems to imply that just by teachers educating children about their sexuality that they are somehow affecting how that sexuality expresses itself.

This seems ludicrous and is not supported by any data other than personal conjecture.

Sexual orientation is part of a comprehensive sexual education and kids should be educated about different sexualities.
A sexual education that ignored a portion of its population and their needs would not be a complete education.

This also includes teaching children about contraceptives and the steps involved in their own puberty.

Sexual education does not include many parts of the birds and the bees in Arizona and provides very little information about the logistics of sex.

In fact, Arizona’s sex-ed curriculum focuses on puberty, safe, sex, and the ethics of sexual encounters.

It’s these ethics which are the most important to the modern landscape of sex and sexual development.

Teaching young men the self-control to control their own personal behavior is of paramount importance in the new millennium.

A man who went on record stating that his own kids have, “figured it out,” is far from an authority on sexual education in the new millennium.

Nikki Waldmann Mesa Legend Election month is almost upon us here in Arizona. Prop 205 is to regulate
Read More
04/02/2018

A momentary break in what might be eternal doom 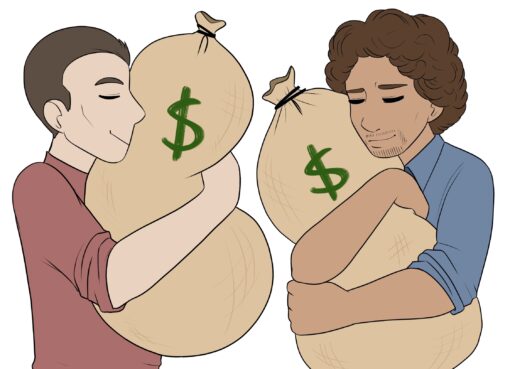 Rock band Rage Against the Machine (RATM) hasn’t played a live show since 2011. So, when they announ
Read More