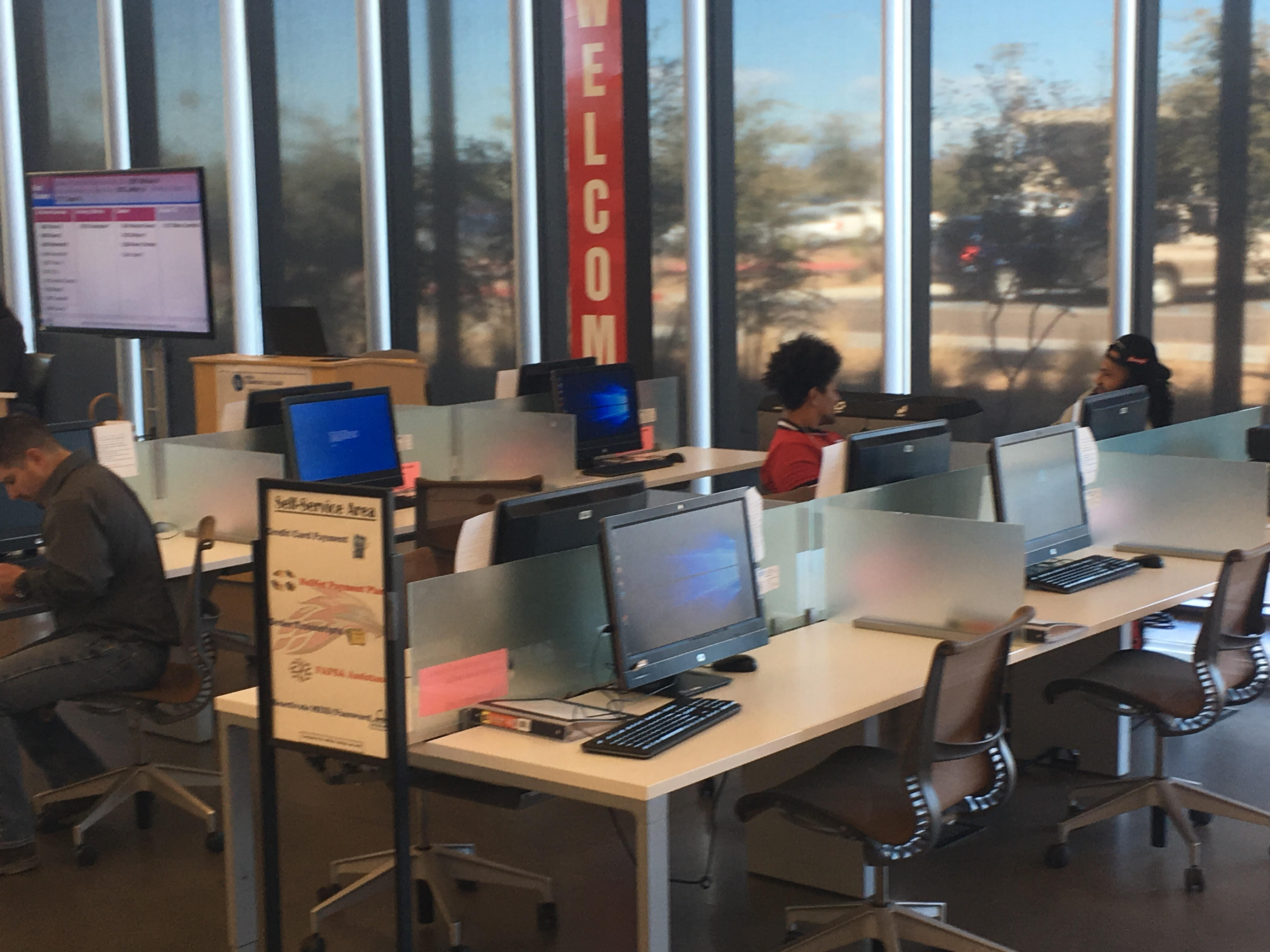 The partial government shutdown could have negatively affected recipients of FAFSA and other students at Mesa Community College (MCC) during the 2019 spring semester. The Financial Aid Department, Student Life and Leadership resources and faculty officials have all acted as safety nets to at-risk students during the shutdown.

Sonya Pearson, vice president of student affairs, wrote this in an Intranet post on January 24, 2019:

“In addition to our students who work in federal government positions, there are a number of ways those attending MCC might be impacted by the federal government shutdown. We are working diligently within our resources to extend a hand to those who need help in reaching their educational goals.“

In the same Intranet post, Pearson highlighted how several student groups were now placed on No Enrollment Cancellation (NEC) holds after the shutdown. These included Navajo students, applicants and recipients of the Free Application for Federal Student Aid (FAFSA), and United States veterans.

Some 40 percent of FAFSA applicants and recipients are required to provide proof of citizenship and previous years tax documents upon their request for aid. These are the forms that prove whether or not the student is a U.S. citizen, registered for the draft, or confirm they are a living person.

Because of the partial government shutdown, institutions were not available online or in person. Students who were required to send off certain documents to the Internal Revenue Service (IRS) could only do so by mail, and were left to either wait for the partial shutdown to end, or wait two to three weeks for approval. Faculty continued to work by hand during the shutdown weeks to verify as many students as they could.

“I just finished manually looking at probably 40 students to see if they’re registered with the draft, ‘cause that site is open. We can see it and students can go register. It’s just the technology for, like, importing and exporting information. That cannot be done right now because of the government shutdown,” said Pat Peppin, director of financial aid at MCC said.

It was not until two weeks after the shutdown that students and financial aid services were offered relief from the shutdown.

“So, we finally got notification from Department of Ed that they changed the regulations. Instead of the students required to bring tax return transcript, the ‘TRT’, that we can go ahead and accept the regular taxes again from, like, their local H&R Block or the ones that they did themselves,” Peppin said.

This meant students no longer had to work through the normal IRS verification processes and could use their personal tax records to prove their information to the Financial Aid Department.

The Navajo Nation advanced 2.5 million from its own funds on January 11 to continue providing financial assistance and scholarships to tribal students in the 2019 Winter/Spring term after the government shutdown depleted federal funds for scholarships.

According to a news release on January 14, 2019, the federal government shutdown affects allocations of funding for tribal self-determination and self-governance contracts. Because these contracts are not fulfilled, students are left without scholarship funding.

However, Sonya Pearson, vice president of student affairs, said students in danger of dropping have been put on a list provided by the American Indian Institute and issued No Cancellation holds.

Nataani Hanluy, a student at the American Indian Institute at MCC, said about the halted scholarship funding: “These are all things that are already supposed to be provided to us by the United States… at this point, it’s kind of like a blatant ignorance to what we all have.”

Over 9,000 students submitted applications for the 2019 Spring/Winter term, but less than 2,000 were awarded by the time the shutdown went into effect. Rose Graham, the director of the scholarship office, said, “We have been receiving hundreds of calls and emails from students concerned about their pending awards.”

Hanluy noted, “… tribal students don’t have to worry about their FAFSA too much, because we do have other ways of funding for our tribes.” But despite other sources of funding, tribes are limited in money to supplement their losses and pay out of pocket to cover leftover costs.

“…With the Navajo Nation, they’re kind of running around, figuring out what they’re going to do in regards to bringing scholarship money to our students here,” Hanluy said.

For students, it could take a couple more weeks for scholarship and financial aid to come into effect. With the 2.5 million advance and only a temporary re-opening of the government, the future is uncertain. And if federal funding problems continue into February and beyond, this could spell more trouble for Native American students and their tribes as budgets are pushed to their limits.

“We’ve been making ends meet for the past 20, 30, 40, 50 years… with this additional government shutdown, it’s making us stretch out what we have less of even more so.”

In addition, he asserts these are only the problems of one tribe with students at MCC. Other tribes may be in better–or worse–conditions.

The government shutdown did not affect Veteran’s Services. According to Naheema Shafau of the Veteran’s Services office, there were no negative effects, because “there’s been a budget that was already approved, and those funds have already been allocated to those individuals.”

Both Brock Blasdell and Nienke Onneweer contributed to this story.