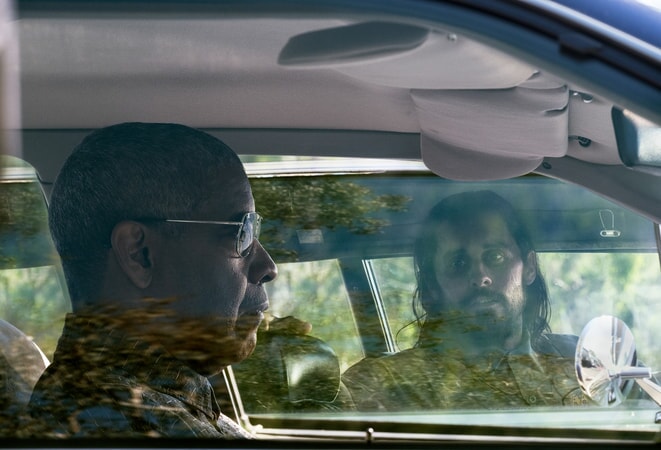 Joe Deacon, played by Denzel Washington, is haunted by a case eerily similar to the present. (Courtesy of Warner Bro Entertainment Inc.)

“The Little Things” is a haunting and suspenseful thriller starring Denzel Washington and Rami Malek as two cops investigating a series of murders. Despite having different motivations, they team up and solve whether Jared Leto is their twisted, sadistic serial killer culprit.

The film follows Washington’s character, a sheriff deputy in Bakersfield named Joe “Deke” Deacon, who is reluctantly sent to his old station to pick up evidence for a case in Los Angeles. While there, he gets a rude welcome from the captain of the station. Malek plays the young hotshot detective leading the investigation into four unsolved and continuing murders. He’s heard of the legendary Deacon and is interested in what he thinks of the most recent case of a woman found brutally murdered in her apartment.

Deke still feels haunted by a case from his past eerily similar to this one . While doing a bit of his own investigating, Deke obtains a list of suspects. One becomes the main focus: Albert Sparma, played by Jared Leto, a greasy long-haired gaunt man with a beer belly and a limp. Hellbent on solving the case, the two detectives stake him out and look for evidence of Sparma’s guilt. After many illegal maneuvers, the emotionally-tortured cops show how far they are willing to go to prove his guilt.

It’s a good old-fashioned cat-and-mouse game, which is always an entertaining plot. In a time where everyone is morbidly obsessed with serial killers, this film will fill that gaping hunger for the macabre. But it also shows the human side of what cops go through–the PTSD, the guilt of being unable to solve a crime, the haunting of all those lives they could have saved.

Psychology is one of the film’s main focuses. The psychology of the killer, how he committed his crime, and the detectives who chase after the monsters that go bump in the night. Leaving the audience in the dark about why Deacon is obsessed with this case is a smart choice in showing how the killer not only killed women but psychologically ruined another man.

The trio of actors–Denzel Washington, Rami Malek and Jared Leto–have five Oscars between them. They are phenomenal actors in their own right, but in this film, there was this fascinating chemistry between all of them. It made the film that much more gripping and nerve-racking.

“The Little Things” is a fascinating, entertaining and suspenseful cat-and-mouse game. It is available to stream on HBO Max and out in theaters.