Dana Scully and Fox Mulder are back and ready to under-go the toughest assignment yet. The series ended on their ninth season back in 2002 where the agents were forced to go into hiding after working for the X-Files.  Fox has brought the show back in a six-episode event to see if viewers are indeed still interested in this story-line. “X-Files” originally grew in popularity due to its bizzare subject matter.  Audiences were drawn to the weird mysteries involving aliens and the supernatural and thus, the show about two alien hunting secret agents became a cult classic.

With over a decade gone by and the “X-files” now closed the agents have gone their separate ways.  Agent Scully went back being a medical doctor and Mulder who has now retired and given up a long life of searching for any type of alien life.  The two retired agents receive a mysterious phone call from someone claiming they have found the key to help explain these alien phenomenon.  As the episode goes on Scully starts to then track back to earlier times when she thought she was abducted and starts to question her own self. Mulder then comes to find out that maybe all these years what these two agents have been searching for could all be a possible conspiracy.

As the show goes on viewers will find out what is true and what is to be believed. The first two episodes stay very true to the classic “X-files” with strange and confusing thoughts about possible alien life forms.  With half of viewers excited for the show to be back on the air many other viewers are skeptic on weather or not the show will be a huge hit. The novelty of “X-Files” strange ideas might be lost on new viewers. Shows like “Supernatural” and the entireity of the science fiction channel, SYFY have already sated audiences need for bizzare stories. In addition, audiences were not thrilled with the show’s final season.  Many viewers consider the last two seasons dull, and full of less excitement then usual. Despite the low expectations, the show’s premiere recieved decent ratings. Only time will tell if the X-files will make you want to believe.

Return of ‘Muppets’ to prime time proves a triumph 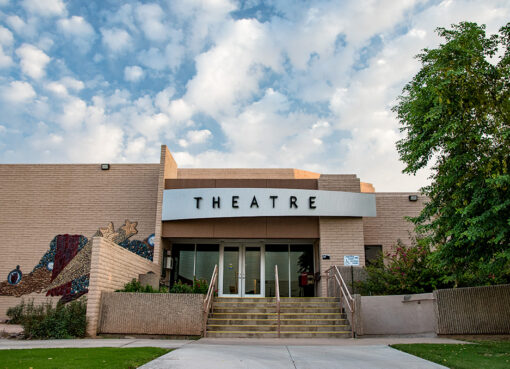 By: Michelle Chance Math students can check out a graphing calculator for a period of 3 hours, free
Read More