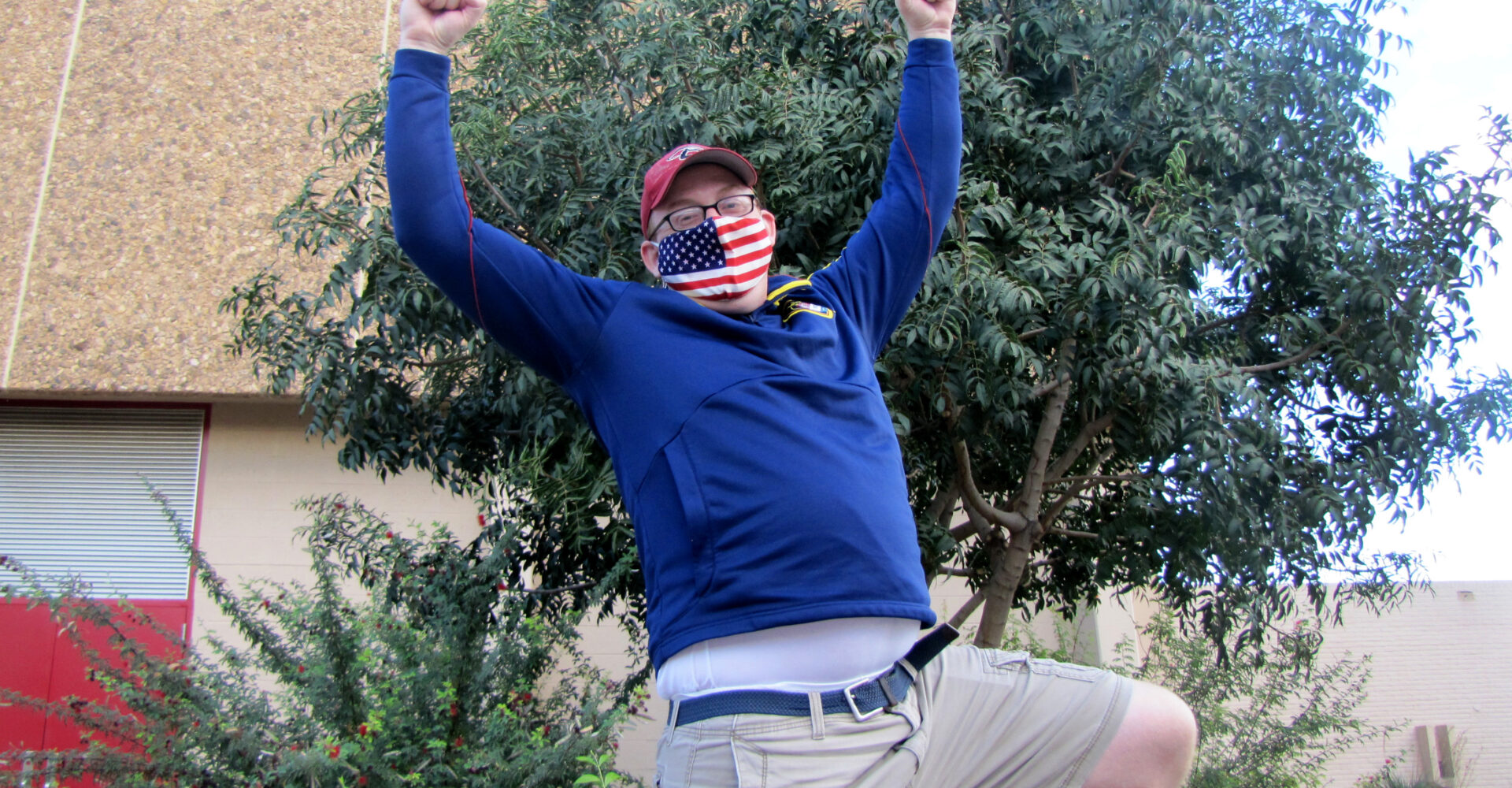 Mesa Community College (MCC) opened its doors early this morning as an official voting location for the 2020 general election. East Valley residents gathered as early as 6 a.m. at the Heap Gymnasium to vote in one of the most controversial elections in modern history.

Voters will decide whether Arizona, a longstanding Republican state, will vote Democrat for the first time since Bill Clinton in 1996. According to reports from the Maricopa County Recorder’s Office, Maricopa county surpassed its total 2016 voting numbers in the week before the election. Voters on site were evenly split when asked if they supported former Vice President Joe Biden or President Trump.

Whatever the turnout may be, election results will be determined by far more voters than in the 2016 election.

Popular issues among voters at the MCC site include the economy, healthcare, racial discrimination, the recently appointed Supreme Court Justice Amy Coney Barrett and, as one individual stated, the Democratic party itself.

“Biggest issue? America is the biggest issue,” said Tempe resident Nicholas Patterson. “But I won’t vote for Mark Kelly… I want to keep my guns, so that was kind of my biggest influence.”

“I got annoyed at listening to the Democrats, so I simply voted Republican straight down the line,” said Mesa resident Jacob Whitehurst. “Just hoping to listen to them whine for another four years.”

One young voter, Alexander Wilson, stated his primary issue was Proposition 207, also known as the Smart and Safe Act, which seeks to legalize marijuana use for all Arizonans over the age of 21.

“I’m definitely for the recreationalization of marijuana and the taxation of marijuana,” said Wilson. “Since medicalization, we’ve already seen the amount of tax income that we can see from it, so that’s just gonna be an incredible source for us to come into next year.”

Mesa resident Wyatt York, who attended MCC for four years studying Japanese, was pleased there were no tensions in or outside the voting center.

“Really, honestly, just the important issue here today is just to see that younger kids in my generation are voting, you know what I mean,” said York, 22, who voted for the first time in 2016. “…They like to complain about a lot of stuff, but they don’t really like to vote for it, so I’m just surprised…coming here and seeing these younger kids in my generation, it’s really cool.”

While there were no lines outside of the facility, election protection workers inside mentioned technical issues with the ballot printer and the ballot tabulation center were causing bottlenecks. However, these issues were quickly fixed according to voters exiting the facility shortly after this information was relayed.

When asked about the situation inside, Tempe resident Nicholas Patterson said, “A little technology glitch, but basically smooth. And everyone kept their distance, so it was a good experience.”

No one leaving the facility appeared disgruntled about the process, nor did any individual interviewed by the Mesa Legend state they felt any type of voter disenfranchisement.

Many people at the site mentioned they were worried about potential protests after the election. While most didn’t think Mesa would be the center of this turmoil, Wilson believed cities like Los Angeles, New York City and Washington, D.C., would become an epicenter of social unrest given a Trump victory.

“The most important issue for me today is to end all this arguing,” said Shannon Nickole Simms, a recently relocated Indiana resident. “The thing I’m worried about most is what’s gonna happen tonight and for the rest of the week, because no matter which side wins, the other side isn’t going to deal with it well.”

“I feel like something’s going to happen no matter what happens tonight,” said York. “If Trump gets reelected, then we’re definitely gonna see riots and burning cities. And if Biden gets elected… Conservatives are gonna be paranoid.”

The MCC voting location will remain open until 7 p.m.

When it comes to campus safety, two events are often misunderstood or confused with one another: the
Read More
02/02/2015