The Center for Bio-Ethical Reform and Planned Parenthood both held demonstrations near the
clock tower on Mesa Community College Southern and Dobson Campus on October 22 and
October 23.

The Center for Bio-Ethical Reform was the first to schedule their demonstration and were
followed by members of MCC’s Friendly Colors club with the support of Planned Parenthood.
Students and faculty were invited to engage with demonstrators and ask questions, receive
materials, or participate directly.

The two groups were kept mainly separate and campus and local police surrounded the displays.
Bright orange signs on the concrete paths leading to the demonstrations read, “Warning:
Abortion photos ahead” ahead in white block text.

Another sign had been changed by someone on campus to say, “Fake Pictures + Misinformation
Ahead!!”

Planned Parenthood handed out brochures and information for the pro-choice side of the isle and
installed a paper sign on the ground that the community was encouraged to sign if they stood
with Planned Parenthood.

Noelle Jeppesen, is a member of MCC’s Friendly Colors club and was at the Planned Parenthood
booth. When asked why she was there she said, “I am here with Planned Parenthood because my
friend supports them and I support them too.”

Planned Parenthood is an organization that promotes women’s health care and information about
contraceptives and birthing alternatives.

“We are not here to sway their choices. If they are pro-life that’s fine by me that’s their choice
but there are better sources to get their information from,” Jeppesen said.

The Center for Bio-Ethical Reform passed out brochures and installed a large wooden poster
board displaying pictures of abortions at various stages of completion.

The CBR is a pro-life group that was demonstrating on campus in what it calls genocide
awareness.

According to the pamphlet distributed by the CBR abortion is genocidal because babies are
being targeted as an entire human group being killed.

Pre-med student Christopher Weitzman, was leaving class when he said he saw an opportunity to
enlighten himself and saw, “People trying to educate students like me so that they can better
formulate more rational opinions on such divisive issues.” 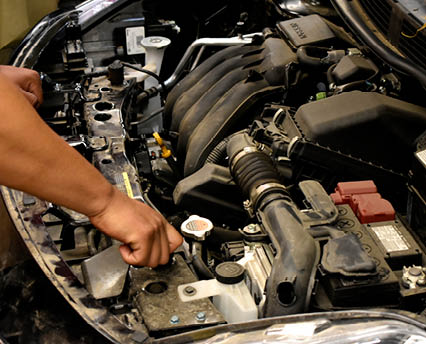