The second season of Narcos, Netflix’s historical drama about drug lord Pablo Escobar and the law enforcement officers who worked to bring him down, is an improvement over the first season.  Still there are plenty flaws, Season 1 of the Netflix original series detailed the rise of Columbian drug king pin Pablo Escobar.  So, the cause for my anxiety was that of course Escobar’s fall wouldn’t be too far away.  Shreds of doubt came when news of conflicts behind the scenes and the third change of show runners from Adam Fierro top Eric Newman and Jose Padilha. 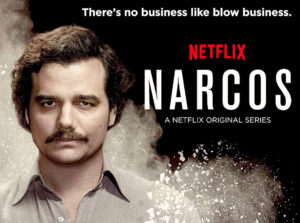 Smashing through season 2 of Narcos in a couple of days to find out if this is a hit or not. Narcos is much more slowly paced than the headless plunging in season 1 of the Netflix series. That extra time was spent going into the main character, Pablo. We see him being forced into isolation fleeing from law enforcement all while being able to romanticize his relationship with his wife and children. There are a lot of scenes of Escobar sitting in a house or lying down in the grass reminiscing or walking around in an empty swimming pool searching feverishly for a signal on a radio.

Escobar’s life reaches rock bottom as his mood ranges from being miserable to an insane rage.  The most complaints from season 1 that changed for the better was Agent Murphy’s awful, useless narration because we are all smart people who don’t need to be coddled by over explaining things it could just have had us watch go on. Perhaps this was done because about 80% of the show is in Spanish and Netflix would fear the English speaking audience could get lost.

Agent Murphy’s narration was even playfully interrupted at the end of the movie while he starts getting philosophical, as for the best of season two there is one scene in which Pablo’s sicario “Blackie” has been dispatched to the hotel where his wife and children are being kept under government supervision. Blackie clearly cannot see them, but he knows his both is walking on a path so he pretends to spot them, closing his eyes to describe their outfits and demeanors to Escobar. Awkwardly touching for two people who are in the midst of destroying a country.

A sub plot involves an innocent woman named Maritza. Recruited by Pablo’s  driver Limon to come along and act as a disguise for a passenger as Pablo rides in the trunk. It seems too much like an important detail given too much attention just to involve regular people and not those in cartels, or within the American and Columbian governments. If you enjoy watching true crime shows featuring the fall of a Brazilian, hilariously wearing a fake belly speaking Spanish wearing Benetton rugby polos you should really go right into watching Narcos. Plus Netflix will be adding a third and fourth season.

Foster care event helps out for a good cause

Aid to Adoption of Special Kids (AASK) will be hosting an event on Saturday, May 7 at the Ste
Read More 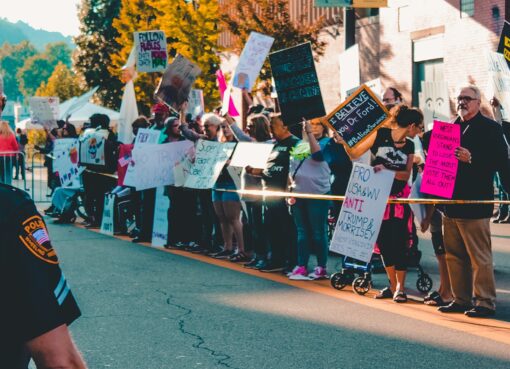