The media publicizes gory spectacles in faraway deserts, and talks about businesses refusing to serve people they identify as Muslims.  American citizens rally against the construction of mosques and everyday a new politician goes on an anti-Islamic rant.  There are reports of people being mistaken for Muslims and beaten, and other stories of giving platforms to people protesting at mosques with signs equating Islam to death.

In light of these things, it is hard to deny that there is an undercurrent of distrust of Muslims in American society and one that could make students feel unsafe in their own classrooms.   “It makes it look acceptable when the media covers it,” said Ann T. Ewing, a psychology professor of MCC.
“The number one main tool of xenophobia is emphasizing the bad over the good.  News word choices affect how the public perceives something,” said Lutfi Hussein, an English professor at Mesa Community College and head of the currently inactive Muslim Students Club.

In a poll released by Gallup from 2010, around 43 percent Americans admit to feeling at least “a little” prejudice against Muslims, versus 18 percent against Christians and 15 percent against Jewish people.  “Any group of people adhering to a minority faith experience what our students may feel,” said Hussein. “The very heart of the matter is a lack of knowledge, especially a lack of knowledge of the other side.”  “People’s negative attention can create stress for people from other cultures,” Ewing said. “When people feel less welcome, they are less willing to get involved.”

The California branch of the Council on Islamic-American Relations released its own report that 50 percent of the 500 polled California Muslim students between the ages of 11 and 18 experiences bullying in some form based on their religious background, with 17 percent of the respondents reporting harassment over their hijab.  “Women are more likely to feel the pinch of xenophobia,” said Hussein Safa Abdulghafoor, an MCC student, said that when she first came to America that she experienced some prejudice. “But I didn’t pay attention to it. The community got larger so there is less comments. People got used to us.”

“They do experience an America that is more open, and embraces differences,” said Hussein. “They have many positive things to take away from their experiences in the states.”  “Students from other cultures make for a richer learning environment,” stated Ewing. “I like to think we’re getting better. I think they [the students] will make a lot of good things happen as well. I’m an eternal optimist.”

Along with being a host to foreign students, Mesa Community College also has a variety of study abroad programs that provide students the chance to experience other cultures.  Study Abroad programs in countries like Ireland, Mexico, or even on the continent of Africa are fantastic opportunities for students to get a sense of what it means to “foreign”  Bader Al-Qahani and Aziz Saad, MCC students, say they feel safe in Mesa. “We feel at home. It’s a great place to be,” said Bader Al-Qahani.

While Mesa Community College is a welcoming and safe campus, off campus and in the rest of the United States may be a different story.
Many still become wary of women in hijab and men on their way to mosques. And the recent ordeal of Ahmed Mohammed, a Muslim boy in Texas that was arrested after bringing a homemade digital clock to school that his teachers assumed was bomb, proves that Muslim people in America are still victims of ignorance.

Many have reached out to Mohamed since his arrest, including President Obama, however there are many who claim that Mohamed’s teachers were correct in their assumption. This highlights the rampant anti-Islamic sentiment in America Muslim students have not been deterred from studying in the U.S., at least not at MCC, but there is still plenty of work to be done in the coming years We have some lofty ideas we need to work on,” said Hussein. 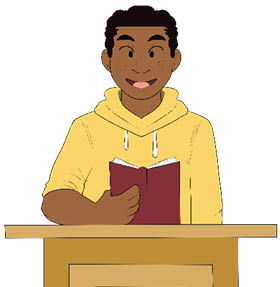 Nikki Waldmann Mesa Legend Ever since 2015’s San Diego Comic Con released a trailer for the up coming film Suicide Squad that would be released in 2016, fans of the DC franchise everywhere were excite
Read More

Scams and fraud are an ongoing issue that Americans are confronted with every day.  Modern fraud, no longer the purview of snake oil salesmen, is often initiated digitally, leading to identity theft a
Read More