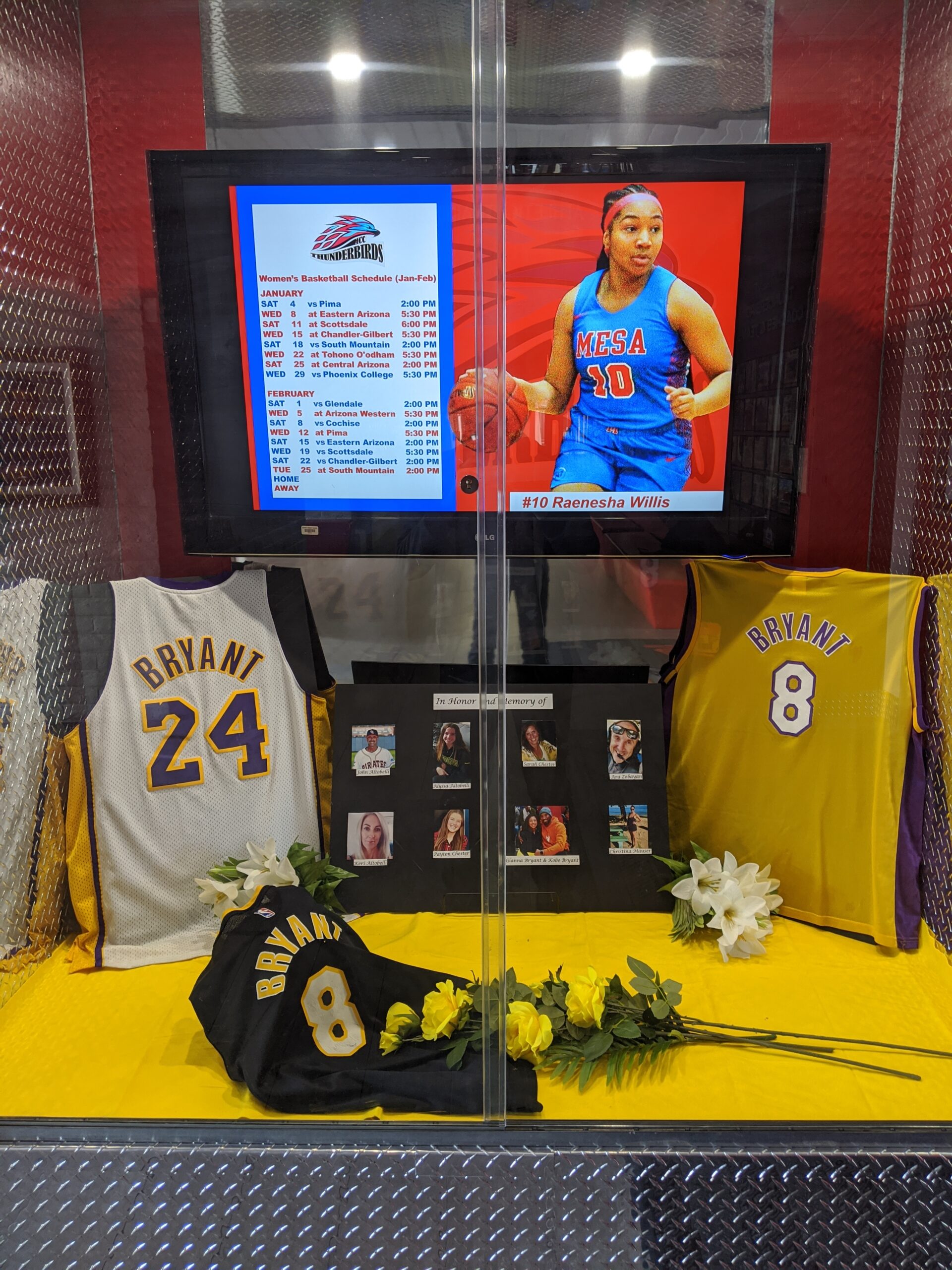 On January 26, Kobe Bryant, his 13-year-old daughter Gianna, and seven other passengers were killed when Bryant’s helicopter crashed into a hillside in Calabasas, California.

Within minutes,  Twitter was overwhelmed with grief and memories of the legendary player. Teams like the NBA’s Dallas Mavericks honored Bryant by retiring his number, and the Los Angeles Lakers, Bryants former team, honored Bryant in their first home game back.

Those who had never watched Kobe run down the court laying in shot after shot were still affected due to Bryant’s larger-than-life image, which made his and his daughter’s deaths even more tragic.

Bryant’s impact was vast. For the older fans who watched Michael Jordan and Magic Johnson, they got a shot to see greatness once more. For the younger generation, Bryant was the first taste of high level basketball. Many high school and college athletes today were growing up as Bryant made his mark on the NBA. His impact may be the most powerful on those who developed alongside his basketball career.

“He meant actually a lot. because I kind of modeled my work ethic after him and just being in the gym constantly….I liked his interviews and then just on the court watching his game, watching him dominate…”

“Kobe was one of my greatest inspirations to be honest with you. Being a kid growing up I didn’t really get a chance to watch Michael [Jordan], but I did watch Kobe, and just seeing that competitive nature in what he brang to the game just inspired me to do that and bring it to the basketball court whenever I step on.”

‘To be honest, it was probably his last night, when he put up 60 points. It really was a shocker right before he retired. It was really fun to watch the way he went out, so I’d say that’s probably my best memory of him.”

“Probably the biggest memory is when he beat the Phoenix Suns in the playoffs, and he jumped up and pulled his jersey off to the side and just hootin and hollerin’. Just even thinking about it now gives me chills, just thinking about that moment.”

“I’ve always been a huge Kobe fan. All of his motivational speeches, his whole Mamba mentality, is something I have really embraced over the past few years and definitely helped me change my perception on life and make positive steps as an individual, as a father, as a teammate, as a student.”

“Why do something if you don’t want to be the best and it and his passion for everything is just really motivating.”

“Just the way he impacted everybody around the world not only with the sport but outside of basketball.”

“Growing up I would always want Kobe shoes and stuff like that, and I just had a different love for the game just by watching him… Just having the ultimate drive, like, work ethic to work the hardest.”

“When I was little, me and my Dad would watch Kobe all the time, and he would always tell me about Mamba Mentality, and I would get Kobe’s all the time and wear them.”