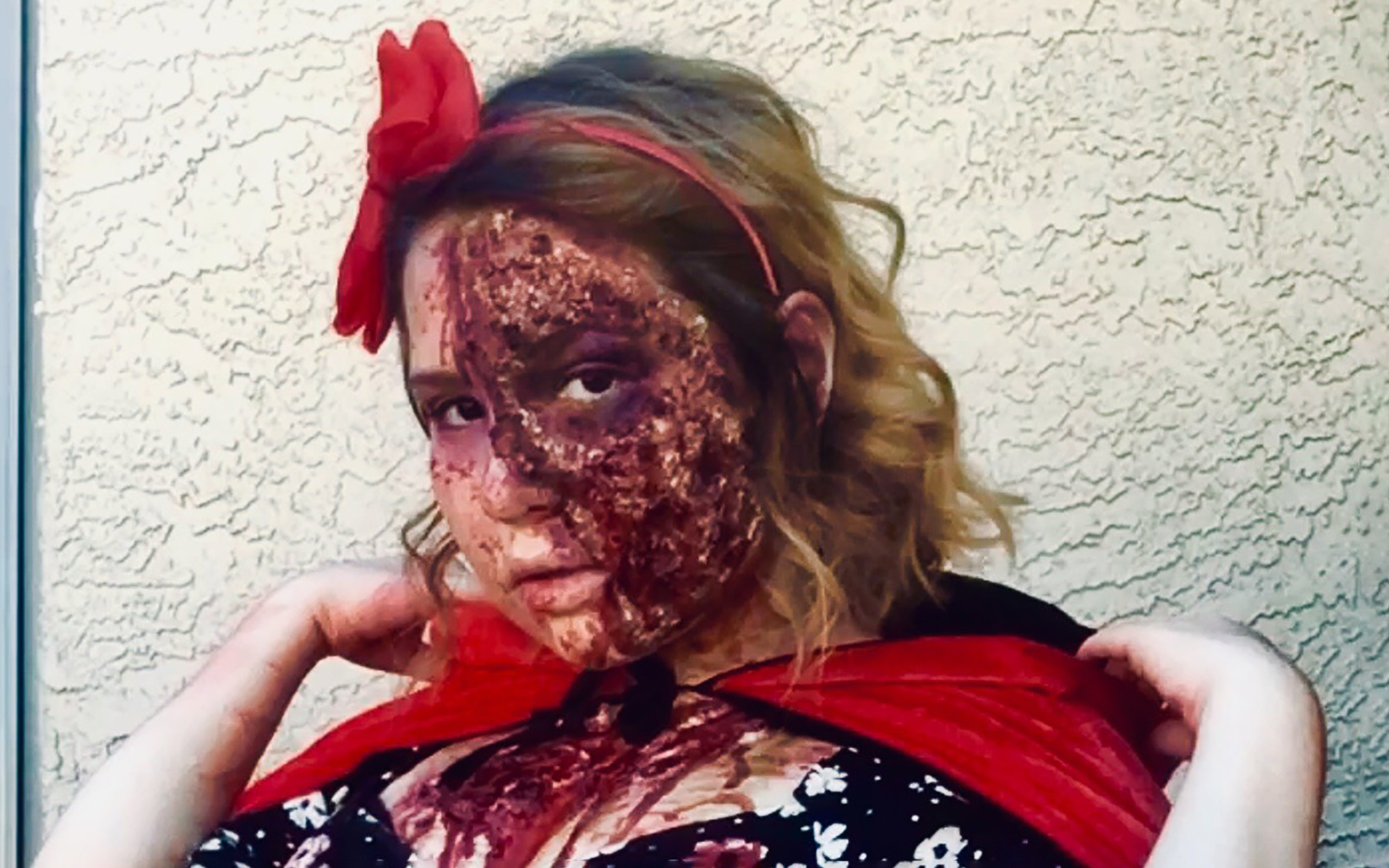 Theatre student Linda Gomez decided to dress as a zombified Red Riding Hood for the Mesa Community College (MCC) Virtual Halloween costume contest. So she donned some old clothes and used makeup techniques that she’d practiced during esthetician school to make herself look like the living dead.

“I decided to enter because I was practicing the makeup that I was gonna do on Halloween,” said Gomez in an email interview. “I also wanted to take pictures anyway for my makeup portfolio.”

Gomez won the contest run by MCC’s Student Life and Leadership with no competitors. Only two MCC students entered the virtual costume contest and had submitted to two separate categories, making them the only entries and, therefore, winners.

Dillon Bradshaw, MCC Student Life and Leadership ambassador for the Southern and Dobson campus, said remote learning might have something to do with the low turnout.

“I think it’s the main reason we didn’t get so many submissions was because it’s all online now,” he said.

Due to the pandemic, the Halloween Extravaganza normally held yearly on the Red Mountain campus was canceled. The event had never held a costume contest before, but Bradshaw created the idea as a fun way for students to become involved during remote learning.

“I just thought of it and then it came to be,” he said.

Bradshaw said he had fun creating the event by making submission forms for the submissions and creating online fliers using code.

“I’m just really proud that people actually applied to the contest,” he said, “because that takes guts.”

In addition to the Halloween costume contest, Student Life created a festive calendar, according to Student Life and Leadership staff member Cara Webb.

“There’s a different craft or activity or virtual something for every day,” said Webb, including a recipe for monster rice krispies and a how-to for crafting a monster mask.

If the pandemic were to last another year, Bradshaw said they would hold the Halloween costume contest again. But because of the low turnout, there will be no voting.

“It doesn’t make it as fun for them, but that’s just how it has to be unfortunately,” said Webb.

Bradshaw said there’s room for growth, but when students are back on campus, they’ll be able to hold contests more effectively.

He added, “Next year will be even better because of the experience I got from this.”

MCC students Linda Gomez and Zevi, whose last name wasn’t provided in her entry, are the winners of the 2020 costume contest. They will receive swag bags from Student Life.